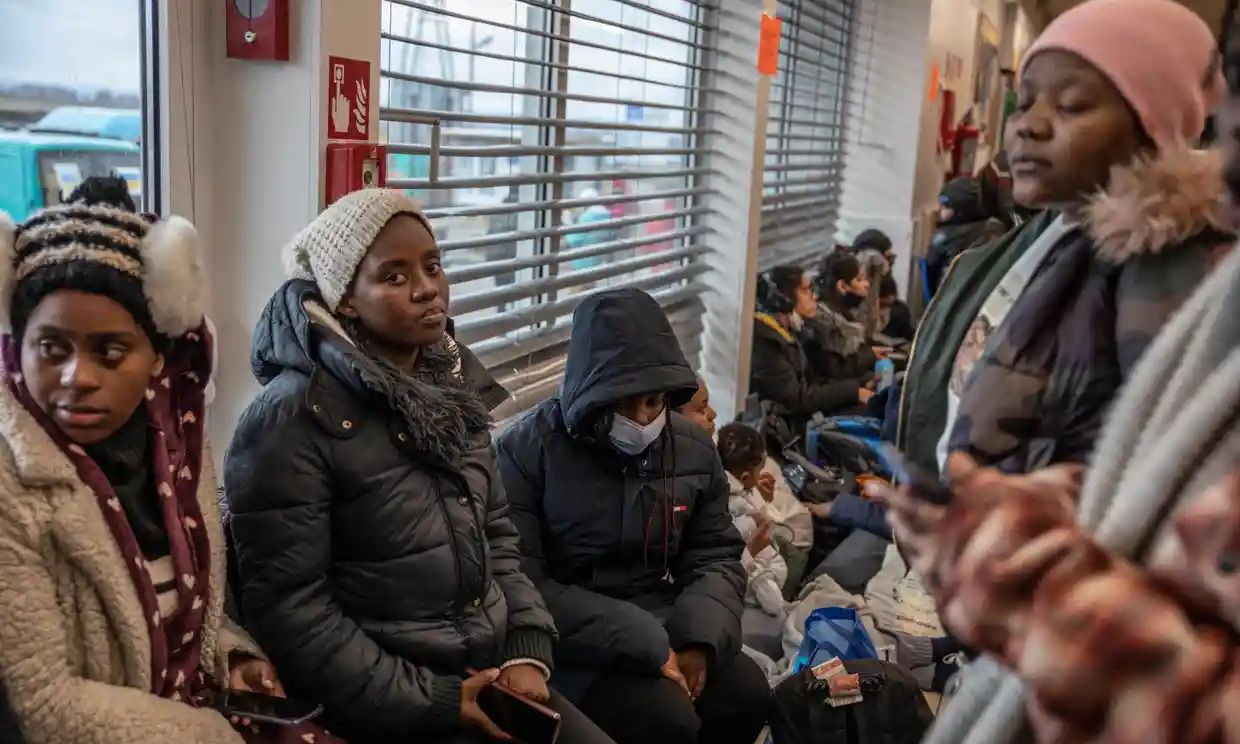 Police in Poland have warned that fake reports of violent crimes being committed by people fleeing Ukraine are circulating on social media after Polish nationalists attacked and abused groups of African, south Asian and Middle Eastern people who had crossed the border last night.

Attackers dressed in black sought out groups of non-white refugees, mainly students who had just arrived in Poland at Przemyśl train station from cities in Ukraine after the Russian invasion. According to the police, three Indians were beaten up by a group of five men, leaving one of them hospitalised.

“Around 7pm, these men started to shout and yell against groups of African and Middle Eastern refugees who were outside the train station,” two Polish journalists from the press agency OKO, who first reported the incident, told the Guardian. “They yelled at them: ‘Go back to the train station! Go back to your country.’”

“I was with my friends, buying something to eat outside,” said Sara, 22, from Egypt, a student in Ukraine. “These men came and started to harass a group of men from Nigeria. They wouldn’t let an African boy go inside a place to eat some food. Then they came towards us and yelled: ‘Go back to your country.’”

Following the incident, police in Poland warned that groups linked to the far right are already spreading false information about alleged crimes committed by people from Africa and the Middle East fleeing war in Ukraine.

Przemyśl police said on Twitter: “In the media, there is false information that serious crimes have occurred in Przemyśl and the border: burglaries, assaults and rape. It’s not true. The police did not record an increased number of crimes in connection with the situation at the border. #StopFakeNews.”