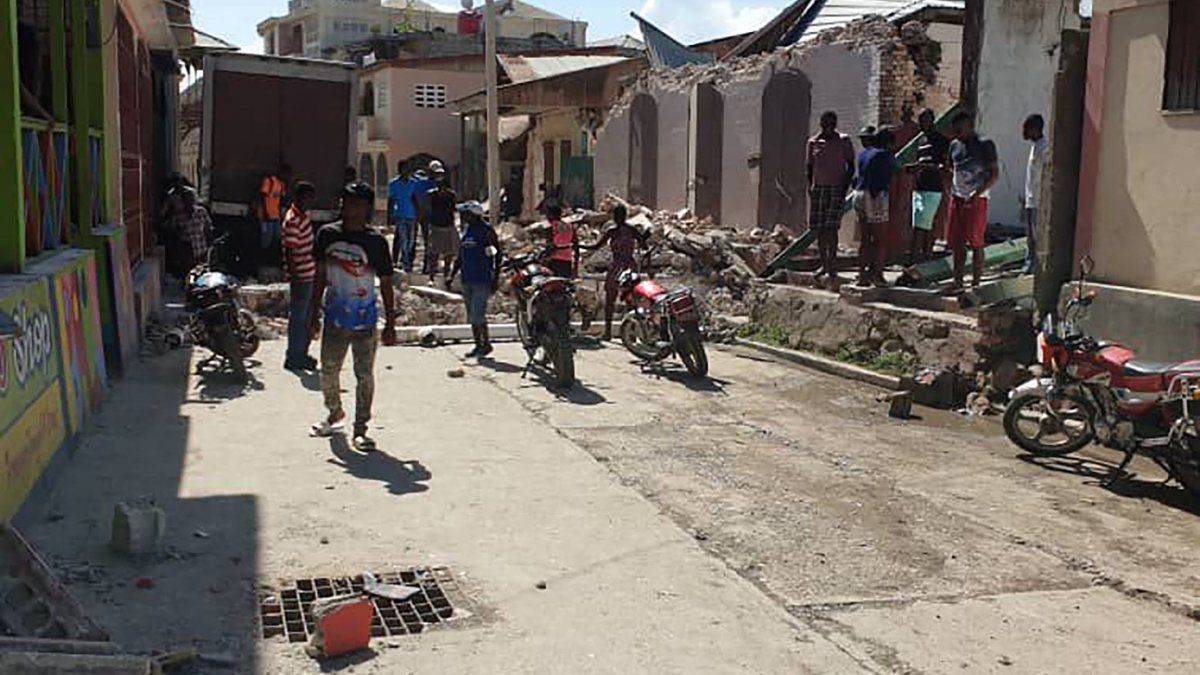 The new balance indicates that 160 people died in southern Haiti and 100 in Grand'Anse, two of the worst affected areas after the earthquake.
The deaths from the earthquake that struck the south and other areas of Haiti this Saturday increased to 304, after another 77 deaths were confirmed, according to the most recent report from Civil Protection.

The new balance indicates that 160 people died in the South and 100 in Grand'Anse, two of the worst affected areas.

It also adds that there are 1,800 injured as a result of the powerful 7.2 magnitude earthquake, a situation that has overwhelmed the hospitals in the affected areas.

The Prime Minister of Haiti, Ariel Henry, declared a state of emergency as a result of the earthquake, which occurred at 08:29 local time (12:29 GMT), about 12 kilometers from the town of Saint-Louis du Sud, with an epicenter of 10 kilometers deep, and it was also felt in the Dominican Republic and Cuba.

The earthquake was followed by an aftershock of magnitude 5.2 17 kilometers from the town of Chantal, also with an epicenter 10 kilometers deep.