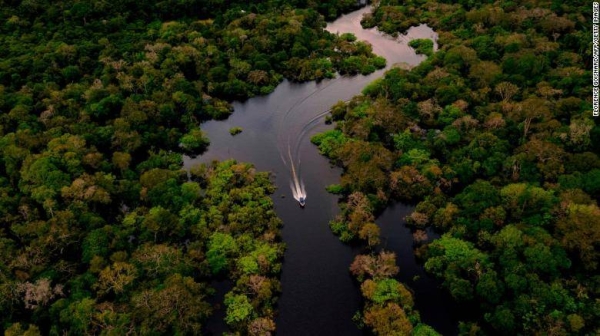 The area of tropical forest destroyed in 2021 was enough to cover the entire island of Cuba, and sent more carbon dioxide into the atmosphere as India does in an entire year from burning fossil fuels, according to an analysis published Thursday.
Some 11.1 million hectares (around 43,000 square miles) of forest was destroyed, predominantly by logging as well as fires, the analysis by the World Resources Institute's Global Forest Watch and the University of Maryland found. Some of those fires were deliberately lit to clear land and many were exacerbated by climate change.

The loss was less severe than in 2020, but deforestation is still occurring at an alarming rate in the tropics. Of the area lost, 3.75 million hectares were primary tropical forest -- sometimes called virgin rainforest -- at the equivalent of 10 soccer fields every minute, WRI reported.

Primary tropical forests in particular are crucial for the ecological balance of the planet, providing oxygen that supports life and as biodiversity hotspots.

They are also rich in stored carbon, and when these forests are logged or burned, they release carbon dioxide (CO2) into the atmosphere, contributing to global warming. The destruction of primary tropical forest loss alone emitted 2.5 gigatons of CO2 last year, comparable to emissions from fossil fuel burning in India, which is the world's third-biggest greenhouse gas emitter.

"What's important to understand is that forests, especially tropical forests, are part of the global climate system," WRI senior fellow Frances Seymour told CNN. "So they're not mechanical carbon storage devices, they actually influence the energy transfer and the moisture content of the atmosphere in ways that affect rainfall, that affect global circulation patterns."

Fires are also playing an increasingly larger role in the tropical forest loss. Seymour said that there is a compounding effect between deforestation and climate change.

"When deforestation happens, when forests are lost, it not only contributes carbon to the atmosphere, but also disrupts rainfall patterns and increases local temperatures in ways that, for example, make remaining forests more vulnerable to fire, and the warmer, drier conditions that come with climate change," Seymour said.

The analysis looked primarily at tropical forests -- which can be found in countries from Brazil to Indonesia and the Democratic Republic of Congo (DRC) -- because more than 96% of deforestation, or human-caused removal of forest cover, occurs there.

The findings were based on satellite imagery that assessed how tree cover changed over time. A loss of tree cover, or canopy, in the tropics often means forest has been destroyed. In other countries, where logging is less common, it can mean that the tops of trees are destroyed, such as in the case of fire, but the forest remains otherwise intact.

Nonetheless, Boreal forests -- which are found in particularly cold climates, including in Russia, Canada and Alaska -- experienced their highest loss of tree cover on record last year. More than 8 million hectares were lost, an increase of nearly a third from 2020.

These fires can cause what scientists call feedback loops, "in which increasing fires lead to more carbon emissions, which leads to hotter, drier weather, which leads to more fires, and so on," the analysis says.

In the tropics, more than 40% of forest loss last year occurred in Brazil. Around 1.5 million hectares of forest in the country was wiped off the map, mostly from the Amazon. That's more than three times the DRC, which lost the second-largest amount of forest.

In Brazil, a major driver for deforestation is agricultural expansion, which increased by 9% between 2020 and 2021.

The WRI analysis warns that forest loss is pushing the Amazon toward a tipping point, where it will no longer be able to serve as one of the world's most important carbon sinks and could even become a net emitter of CO2. The Amazon is the world's largest rainforest, and it plays a crucial role in biodiversity, regulating the climate, and providing ecosystem services to millions of people who live there.

If that tipping point is passed, the world's attempts to contain global warming to 1.5-2 degrees Celsius above pre-industrial levels -- as laid out in the 2015 Paris Agreement -- would be "blown out of the water," Seymour said.

Amid its sobering findings, the analysis gave some reason for optimism. Indonesia and Malaysia, which had for decades battled rampant deforestation, have both seen a reduction in the amount of tree cover it loses annually for five years in a row. In Indonesia, the amount of forest lost fell by 25% last year.

This is a sign that corporate commitments and government actions are working, according to Hidayah Hamzah, Forest and Peat Monitoring Senior Manager from WRI in Indonesia.

"This indicates that corporate commitments and government actions are clearly working," she told journalists at a briefing. "Indonesia is heading in the right direction to meet some of its climate commitments."

Malaysia, however, has already lost one-fifth of its primary tropical forest since 2001 and up to a third since the 1970s.

Hamzah added that the Indonesia's success was due in part to the government's moratorium on logging licenses for primary forests and peatland, as well as improved fire monitoring. A policy called NDPE -- No Deforestation, No Peatland, No Exploitation -- now covers more than 80% of palm oil refining capacity in Indonesia and Malaysia, which are the world's biggest exporters of the oil, and over 80% of the pulp and paper industry in Indonesia.

But WRI warns too that as palm oil prices hit a 40-year high, these countries' forests could come under increasing pressure. Indonesia also lifted a temporary freeze on new permits for palm oil plantations.

While there was an overall reduction in tree cover loss last year, the annual improvement is not consistent enough to meet global commitments, including a declaration signed by more that 140 countries at climate talks in Glasgow last year to "halt and reverse forest loss by 2030."

Seymour also warned against relying too much on forests to offset greenhouse gas emissions, saying companies and countries should be using them to go above and beyond decarbonization efforts -- by dramatically reducing fossil fuel use -- or to offset emissions that are impossible to cut with current technology.

The airline industry is one example, as technology to fly carbon-free does not exist yet at scale.

"So, yes, we want them to be reducing those emissions as quickly as possible and investing in new technologies that will allow flights without carbon, but in the meantime, they are 'unabated' emissions," she said. "And compensating those with purchase of carbon credits can can provide a source of finance that we desperately need to incentivize the protection of the world's forests." 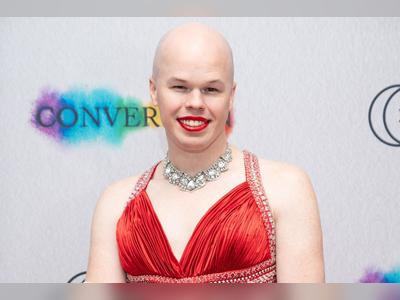