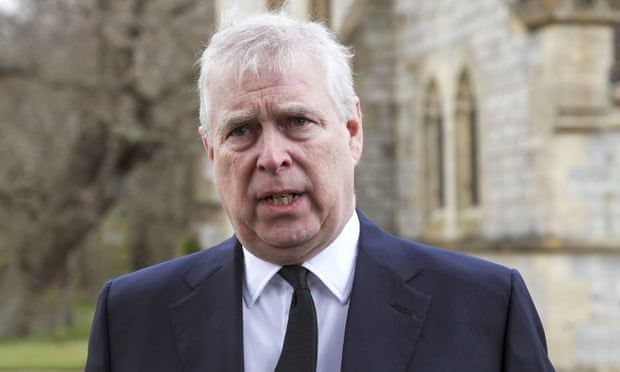 The principal of Prince Andrew high school in the province of Nova Scotia told families on Wednesday to expect the change as the school looks for a name that “upholds our values as a safe and inclusive” space.

“The name of a school should be reflective of our school community … Our hope is to continue to build our identity as a positive, supportive and respectful community, with a name to match,” principal Craig Campbell wrote in an email.

The high school of nearly 800 students was named in 1960 to commemorate the birth of Prince Andrew. While most students call the school “PA”, the recent accusations against the Duke of York mean the name is no longer tenable, the school said.

Community members initially raised concerns over the name in 2019, but efforts to rename the school faced opposition from alumni and residents concerned over the loss of a historical connection.

Andrew is facing a possible lawsuit in the United States amid accusations he assaulted Virginia Giuffre when she was a teenager. She alleges she was trafficked by the Duke’s friend, Jeffrey Epstein, the convicted sex offender, and was compelled to have sex with Andrew when she was 17. Andrew has repeatedly denied both the allegations and ever meeting Giuffre, despite a photograph of the two together.

Last week the Queen stripped her second son of his honorary military affiliations, leaving three Canadian regiments without a royal patron. His official Twitter account, TheDukeOfYork, no longer exists and his YouTube account is no longer accessible.

The Canadian high school’s decision to sever any association with Andrew comes more than two years after the SickKids Foundation in Toronto, the country’s largest children’s hospital, terminated Prince Andrew’s role as patron. Ontario’s Lakefield College school, which Andrew attended for a brief stint in his youth, ended the Duke’s term as honorary chairman of the school’s foundation board.

The school has formed a six-person committee, comprising students, staff and community members as it begins the search for a new name. A local paper suggested Black civil rights leaders, trailblazing politicians, a slain police officer or the Indigenous name for the region as possible contenders for the rebranded school.