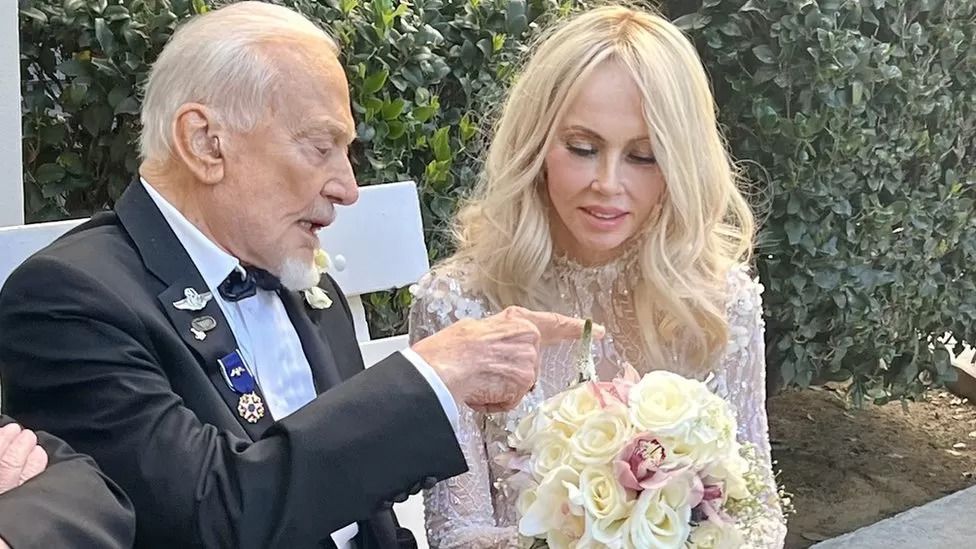 The former US astronaut Buzz Aldrin has got married for the fourth time on his 93rd birthday.

Mr Aldrin was one of the pilots on the legendary Apollo 11 spaceflight in 1969, becoming one of the first two people to walk on the moon after the mission's commander, Neil Armstrong.

The former pilot said that he and new wife Anca Faur were as "excited as eloping teenagers".

He is one of only four people alive to have walked on the moon.

Pictures from their Los Angeles ceremony were shared by Mr Aldrin on Twitter.

"On my 93rd birthday and the day I will be honoured by Living Legends of Aviation I am pleased to announce that my long-time love Dr Anca Faur and I have tied the knot," he tweeted.

Dr Faur, 63, who has a PhD in chemical engineering, is the executive vice president of Mr Aldrin's company, Buzz Aldrin Ventures. 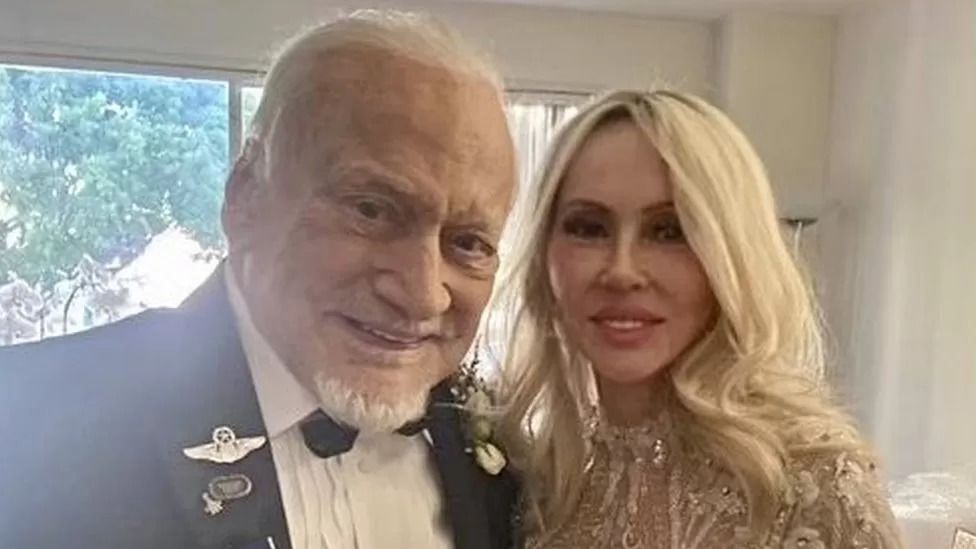 In 1969, an estimated 600 million people witnessed Neil Armstrong and Buzz Aldrin become the first people to walk on the moon as part of the Apollo 11 mission. It was the largest television audience in history at the time.

Almost overnight, Mr Aldrin became one of the most famous names on the planet - the ensuing months was a blur of media appearances, photo opportunities and after-dinner speeches.

"I hadn't thought that much of what would come afterward," Mr Aldrin told the Los Angeles Times in 2001. "I was not that prepared or comfortable to be thrust into the public eye that much."

Before the famous moon landing, Mr Aldrin piloted fighter planes on US Air Force combat missions during the Korea war.

In 2018 he founded a non-profit think tank, the Human SpaceFlight Institute. 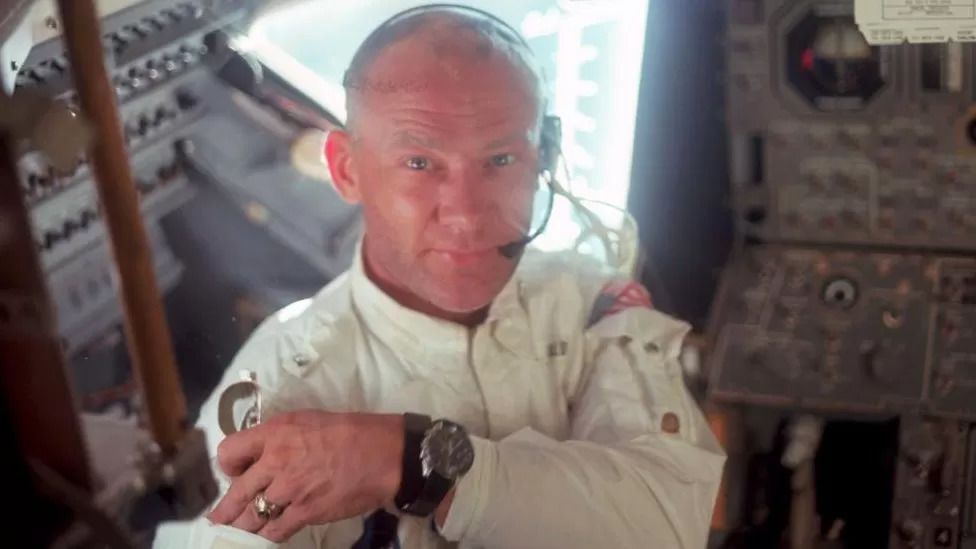