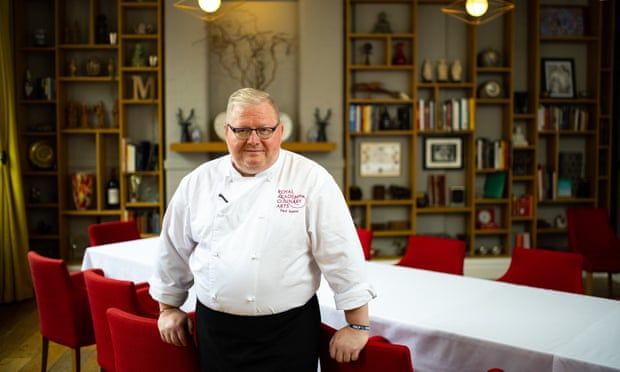 Consumer spending, still partially buoyed by lockdown savings, is about to take a hit. But will it mean recession?

Business has been better than expected this year for Paul Askew’s fine-dining restaurant in central Liverpool. He feared for its future amid the worst cost-of-living crisis in a generation, but so far the punters have kept coming.

“January is usually the quietest month,” says the chef patron of the Art School restaurant, where menus start at £39 a head. “But people were feeling liberated and came out in large numbers. The start of the year was better than we could have hoped, and that has continued.”

Faced with the biggest hit to household incomes since modern records began in the 1950s, businesses across the UK are bracing for a slowdown in consumer spending, as the price of everything from gas and electricity to food and clothes soars.

But experts say a two-speed consumer economy could emerge, with richer households, who saved record sums during lockdown, continuing to spend. The signs are there: as well as the rush back to restaurants there was a scramble to airports this Easter, and the housing market is booming. And all this is despite the worst inflation since at least 1992 and amid reports of growing use of food banks and rising fuel poverty. 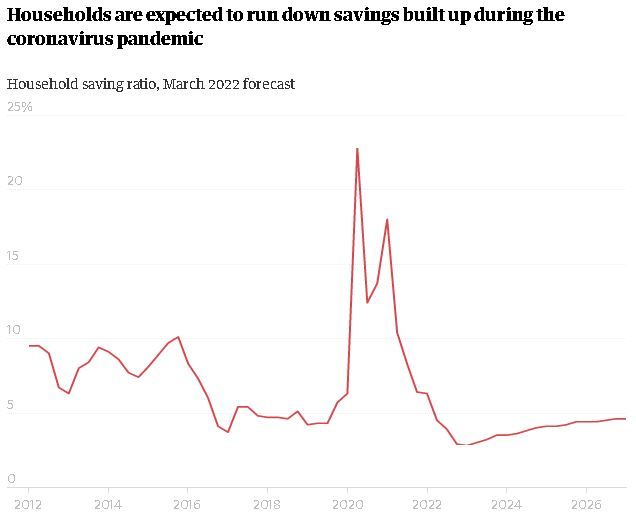 For Askew, bookings for May and June have slowed and he worries that tightened budgets could keep diners away. His costs are rising too: prices of beef and lamb are up more than a quarter, which could force him to increase menu prices.

“I think as people see direct debits, energy bills and the weekly shop going up they will start to cut back,” he says. “That’s a worry.”

His hope is that a lockdown savings glut and a desire to spend on experiences rather than physical goods after two years of life on hold will keep diners coming.

“We may be insulated by the furlough effect, which has given some people more money in their pocket. That may help for three to six months. But it’s how long it goes on for that’s the big question.”

So far the picture is mixed. Consumer confidence collapsed in April to its second-lowest level in almost 50 years, as energy prices and tax hikes added to the inflation squeeze. Retail sales fell by more than expected in March as skyrocketing food and fuel prices made shoppers tighten their belts. Some economists warn a summer recession may be on the cards.

Part of the retail slump is down to consumers switching to spending on services after the end of restrictions. Supermarkets profited in lockdown, but now face tough competition as pubs, restaurants and travel rebound.

Retail sales account for about a third of overall consumer spending. Credit and debit card figures from Barclaycard showed other forms of spending booming over the Easter weekend as Britons enjoyed days out in the sun. Restaurant sales rose by 116% compared with Easter 2021, and by more than a third on 2019. Pubs, bars and nightclubs saw a 74% jump on pre-Covid levels.

Some economists think savings are helping. According to the Bank of England, more than £200bn was salted away during lockdown, but this was concentrated in the top 40% wealthiest households, and in occupations where home working was possible. Poorer households lost money in the pandemic and are also expected to see the biggest hit to their incomes.

“The least affluent households will be disproportionately impacted because more of their income goes on food and energy,” said Richard Lim of consultancy Retail Economics. “It’s a very uneven picture.” 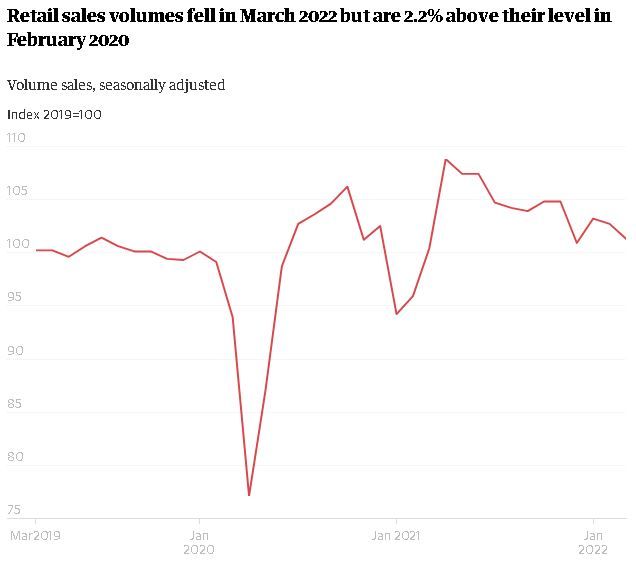 While the economy could be helped by the spending of savings, analysts say it will still be under severe pressure and could come close to stalling as many people tighten their belts. Headwinds to come include higher interest rates and a further increase to the cap on gas and electricity bills this autumn.

“Consumer confidence is flashing a big red warning sign,” said Robert Wood at Bank of America. “You don’t normally get confidence this low without consumers cutting back. And if they are, we may be quite close to recession. There’s a huge hit to real incomes.”

Unlike some analysts, the US investment bank is not forecasting a recession because it expects business investment to rebound and some households to draw down their savings while others increase their borrowing. But consumers account for two-thirds of the UK economy, so the stakes are high.

“If the consumer stops growing the economy generally stops growing,” Wood added. “It’s the biggest worry for this year.”