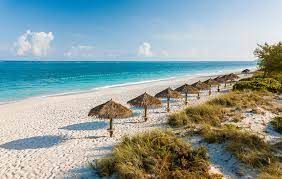 The United Kingdom Government is intentionally playing a destabilizing force in the Overseas Territories, including the British Virgin Islands. This assessment, however, is not an isolated one, as other British Overseas Territories have in the past accused the British of destabilizing their countries.
The Turks and Caicos Islands, in recent memory, is one of the countries, whose administrative equilibrium was upset, after the UK booted the Michael Misck administration out of power in 2009, accusing it of corruption, and as a result, instituted direct rule from Britain through the governor.

Misick and some of his ministers were charged, and after 10 years of legal wranglings, the matter, at least for most of them, is still before the courts.

Valentin Dantec, writing for the website - https://mycountryeurope.com – stated that the UK’s attitude towards another British Oversea Territory, Anguilla, was to ensure the maintaining an ongoing culture of dependency, as the UK does not offer many development options to Anguilla.

Dantec also blasted the Brits for not consulting its overseas territories prior to Brexit, causing those countries, who depend, to some degree, on European Union project funding, to lose out on that necessary assistance.

Ewart Brown, former Premier of Bermuda, in Caribbean News Weekly’s April 14-20 edition, declared that that dependency has experienced racism under the British, and that could only end when Bermuda becomes an independent country.

However, Oliver Bullough, whose recent UK Guardian article entitled “This scandal isn’t just about MPs’ greed – it’s also about ‘British’ overseas territories”, stated that the UK was holding back some colonies from progressing into self-determination.

Bullough writes: “The problems have arisen, however, where the process has stalled, as it has in the British Virgin Islands, the Cayman Islands, Anguilla, the Turks and Caicos Islands, Gibraltar, and elsewhere, which have stopped halfway out the door. They’re autonomous and not autonomous at the same time, to the great benefit of wealthy people and corporations, as well as their enablers.”

Several other commentators, especially online ones are beginning to highlight that everything under the British Overseas Territories, or OTs, for the most part, has ended in abject failure, but they have mastered the art of creating smokescreens with the sole purpose of bamboozling the populace.

One social media commentator wrote: “They make it seem that everything under the local governments is a failure, then they come in under the guise as saviours, to rescue those countries. That is not the problem though. The problem is that we have bought into that snake oil salesmanship.

“They make us believe that they must take them (rulership of the OTs) over in order to bring success and then give them back after that is done. This happens a lot after a disaster and now through COIs (BVI Commission of Inquiry).”
“Another commentator wrote in response: “Check Monserrat & TCI (Turks and Caicos Islands) and you will know that this is deceitful and really is a plot to push forward their ‘Global Britain’ agenda. Simply put, take over each OT by making the people think that they cannot trust their local government at any time, but trust the UK to give the people of the OTs a brighter and better future.

“There's not one OT where this has worked in the best interest of the people of the OTs but rather only for those of the UK. White supremacy is alive and well in the UK to the OTs, but through a modern strategy that makes the people feel like the UK is their friend and savior.”

The social media commentators, especially, did not spare the opposition National Democratic Party (NDP) in their criticisms, referring to its members as ‘house negroes’. They also accused Leader Hon. Marlon Penn and other members of refusing to wake up to the reality that they were being used as political puppets.

“These House Negroes parading themselves as BVI-Loving patriots, refused to see all the deception that the British have hoodwinked them into believing. I guess, they are blinded by their perpetual power hunger,” the social media commentator wrote.

In the meantime, The BVI’s three opposition parties have made it clear that they would be willing to become part of a coalition to unseat the Fahie-led Virgin Islands Party (VIP)
#Commission of Inquiry  #Fahie