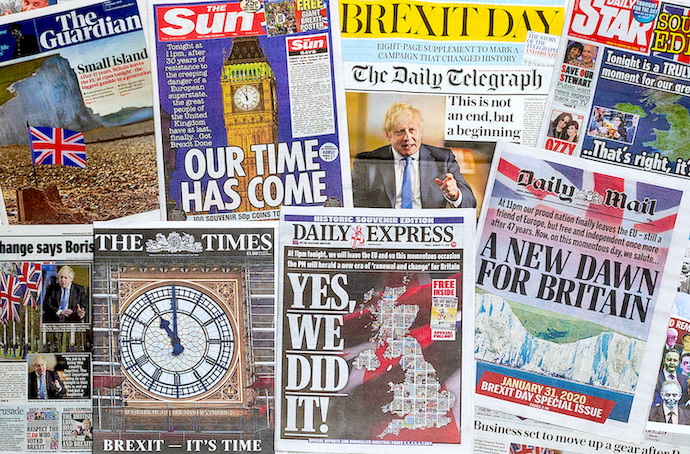 Brexit is a ‘massive opportunity’ for criminals, conference hears

Brexit is a “massive opportunity” for criminals, a webinar on serious and organised crime in the UK and Ireland was told on Wednesday.
Professor Gloria Laycock, of University College London, made the remark when saying she believed the UK leaving the EU was among the issues that those concerned with fighting organised crime in Ireland and the UK had to contend with.

The Professor of Crime Science said that the nature of crime was changing dramatically and that policing also needed to change.

One of the ways to reduce crime was to increase the risks for criminals, and reduce the rewards, she said.

“If I was in charge, I’d double the amount of money being given to the Criminal Assets Bureau. Go for the money. It’s a really great idea.”

Prof Laycock said there would be no point in CAB seizing criminals’ assets but not telling people about it. Offenders needed to be made feel less comfortable, she said.

Anarine McAllister, a solicitor with Michael Staines & Co, said the fact that the UK was no longer part of the European Arrest Warrant (EAW) system would have “potentially serious consequences for the prosecution of serious and organised crime in the future”.

Ireland’s “largest trading partner” in terms of the EAW system has been the UK. The two jurisdictions need to retain a fluid extradition system “if we are to harbour any hope of combating organised crime in the future,” she said.

The EAW system has been described as being three times faster, and four times less expensive, than the alternatives.

Because the UK is no longer subject to the rulings of the Court of Justice of the European Union, it may over time develop its own law in relation to extradition, she told the webinar.

The webinar, which was organised by Sar Consultancy,with support from the British embassy in Dublin, was also addressed by the Chief Bureau Officer of CAB, Det Chief Supt Michael Gubbins, who spoke about the bureau’s role in seizing the proceeds of crime.