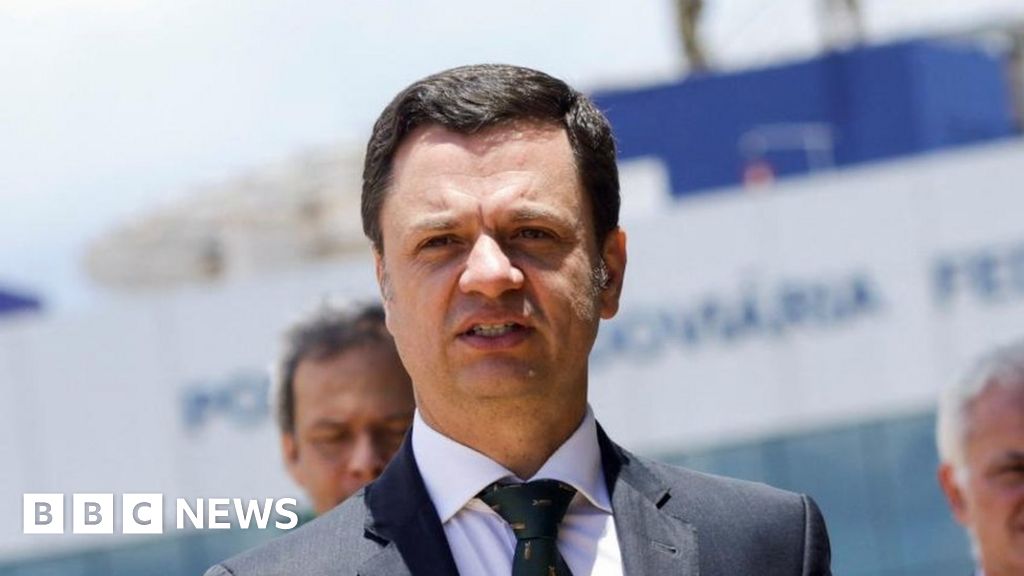 Brasília's former public security chief Anderson Torres has been arrested by federal police on his return to Brazil.

Mr Torres was in charge of security for the capital city when thousands of rioters stormed Brazil's Congress, presidential palace and Supreme Court on Sunday 8 January.

Mr Torres denies any role in the riots.

The Supreme Court also accuses Mr Torres of omission - failure to act - in his role as the capital's security chief.

According to Supreme Court Judge Alexandre de Moraes, Mr Torres's "omission was amply proven by the predictability of the conduct of criminal groups and the lack of security that enabled the invasion of public buildings".

In a statement, Brazil's Federal Police said Mr Torres was arrested as he disembarked at the capital's airport at 07:15 local time (10:15 GMT) and taken into custody.

President Lula said people within the presidential palace were complicit in allowing rioters to enter government buildings and he vowed to screen employees to improve security.

On Friday, President Lula's justice minister Flavio Dino said authorities would give Mr Torres until Monday to return to Brazil, or he would face extradition.

Mr Torres said the document was taken out of context - but did say he would return to Brazil to defend himself, calling last week's riots the most bitter day of his personal and professional life.

He had been on holiday with his family in Miami when the storming took place, but left on Friday evening to fly back to Brasília.

Brazilian Senator Randolfe Rodrigues said Mr Torres' arrest is "another reminder for those who have spent the past four years disrespecting the law and conspiring against the country".

"Brazil is telling the world that it will not give room for coup d'etat," Mr Rodrigues added in a tweet.

Following the riots, Brazil's judicial authorities ordered the arrest of other top public officials and Fábio Augusto, the police commander, was dismissed from his role.

On Friday, the Supreme Court agreed to include right-wing former President Jair Bolsonaro in its investigation of 8 January's riots.

Mr Bolsonaro, who has refused to concede defeat, posted a video days after the riots questioning the legitimacy of October's presidential elections, which he lost to Mr Lula.

Prosecutors said the former president may have incited a crime by making such claims.

While the video was posted after Sunday's riot and later deleted, the prosecutor general's office argued its content was sufficient to justify investigating Mr Bolsonaro's conduct beforehand.

Supreme Court Judge Alexandre de Moraes announced Mr Bolsonaro would be included in the probe into what the office of the prosecutor general said was the "instigation and intellectual authorship" of the rioting.