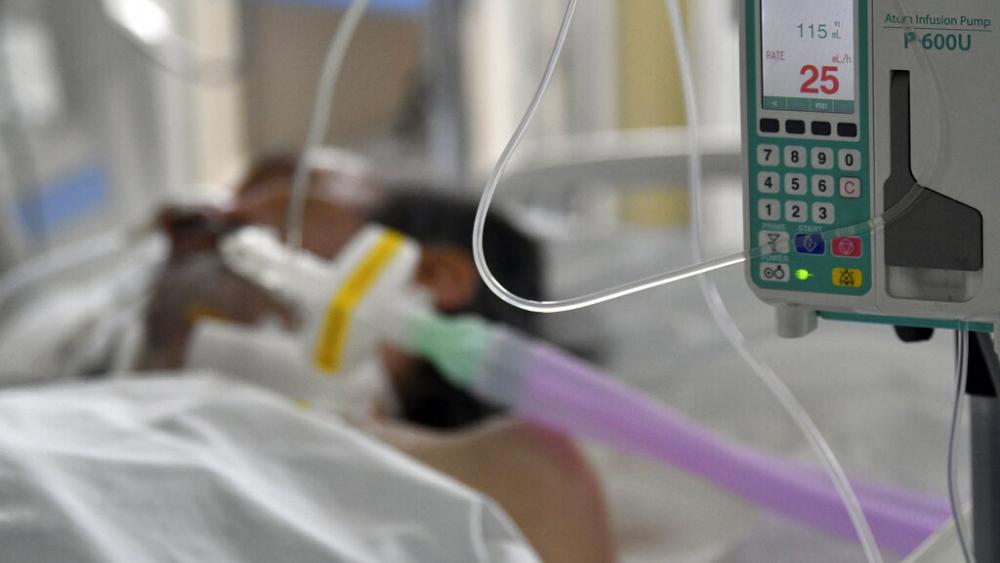 Bosnia and Serbia: Why are the neighbours worlds apart on vaccines?

When it comes to COVID-19 vaccines, it's difficult to think of another part of Europe where the juxtaposition is more pronounced.

Bosnia and Herzegovina (BiH), struggling amid an upsurge in COVID-19 cases, has not bought a single vaccine dose.

But its neighbour Serbia, until the 1990s both part of the same country, has one of the best inoculation rates in Europe.

Belgrade has bought thousands of doses from Russia and China, helping it fully vaccinate more than 10% of its population.

But Bosnia, by contrast, is living on charity as a result of a disorganised government, Fahrudin Kulenovic, an epidemiologist, told Euronews.

"They haven't bought any single vaccine yet, and in Serbia, people get to pick their vaccines like cakes in the pastry shop – Chinese, Russian, German or American.

"Here, we use what we receive as a gift."

Bosnia currently has 52,000 doses, donated by Serbia and Russia. Turkey, meanwhile, has promised a further 30,000 shots.

Vaccinations have begun for the elderly in the Serb-populated part of the country, Republika Srpska, but in the Federation of Bosnia and Herzegovina, home to the Muslim-majority Bosniaks and Croats, they are still waiting for jabs. Healthcare workers in both parts of the country have been offered inoculations. 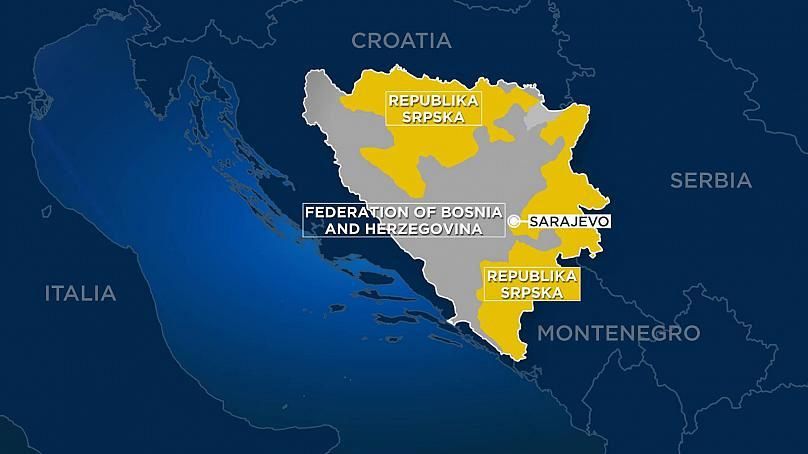 Bosnia has reported 5,729 deaths since the start of the pandemic in a country of 3.3 million people.

Daily new COVID-18 infections have reached around 1,500 recently compared to a few hundred just weeks ago.

This sharp deterioration has caused pressure on hospital bed numbers and a shortage of oxygen supplies.

The University Clinical Centre Republic Srpska in Banja Luka has had to open another floor to cope with the hundreds of COVID patients it is treating.

"Everyone should be aware that the health sector has reached its limits," Slobodan Haider, head of the centre's intensive medicine clinic, told Euronews.

"We're opening the top, seventh floor for COVID-19 patients. That will get us to our limit capacity. In seven days, it may happen that you will not be able to obtain a hospital room here, we may get into the situation where people will have to stay in the hallways. About 50 people are on ventilators and oxygen consumption at the centre has increased tenfold."

Rashid Krupalija has been receiving treatment for COVID-19 at a health centre in Novo Sarajevo.

"Every day I come here to receive therapy and on average I wait three to five hours.

"Staff at the centre work very hard and are visibly exhausted, they can't be blamed, but simply the number of patients exceeds what is humanly possible to deal with."

The deteriorating situation saw an evening curfew imposed in Sarajevo on Friday and all bars and restaurants closed down from Saturday for at least the next two weeks.

But to the east, just outside the canton of Sarajevo, in Republika Srpska, there are fewer restrictions.

"The apartment building where I live is right on the border of Republika Srpska and the Federation of BiH," said Milica Jovovic, 25.

"It belongs to Republika Srpska, where no curfew has been imposed, but to get home I have to cross through the Sarajevo canton, which introduced a curfew from 9 pm to 5 am, with fines reaching up to €250 per violation.

"Here in Republika Srpska, cafes, clubs and restaurants are open until the evening hours. Republika Srpska introduced tougher restrictions this week, including a ban on live music and alcohol sales from 10 PM to 6 AM.

"I feel sorry for my neighbours who are locked down and who are looking at us, who have every freedom of movement, from the windows of their apartments."

But, nevertheless, locals are getting fed up with the pandemic.

"Tougher restrictions have been imposed compared to a month earlier, masks are mandatory, but everything else is working normally," Ivana said.

"We are really powerless to do anything. But we are fed up with stories about restrictions, the pandemic and vaccines."

But Dr Kulenovic has little time for those complaining about restrictions.

"The nation that was under siege in the 1990s now complains about not being able to go to the pub for a few days. That's unbelievable.

"We have to let them know that this is not too much of a sacrifice, that we all have to protect ourselves so that we don't face mutations of the virus that cannot be eradicated, in which case we would have to vaccinate ourselves every six months or every year with vaccines that we don't have.

"As someone who has been practising preventive medicine for more than 50 years, I advocate stricter measures, because all our peoples in the Balkans, especially in BiH, do not have a tradition of democratic culture. We are used to being led. People must receive orders."

Dr Kulenovic said Bosnia's recent spike had not comes as a huge surprise.

"I expected something like this to happen because there is no luck or coincidence in science," he said. "At one point, our numbers were good, we relaxed too much and now, they say that a new wave has begun - but I say it's a new mutation, which is much more dangerous.

"We are now in a crisis with over 1,000 infected and about 40, 50 or 60 deceased every day, which is a lot relative to our total population.

"You cannot behave poorly and hope for the best, that will not do."

As we published this article, Republika Srpska just introduced new anti-COVID measures. They closed pubs, restaurants, non-food shops and shopping centres for a week. Also, the schools will switch to online for a week. Citizens staged a protest in Banja Luka against the measures.