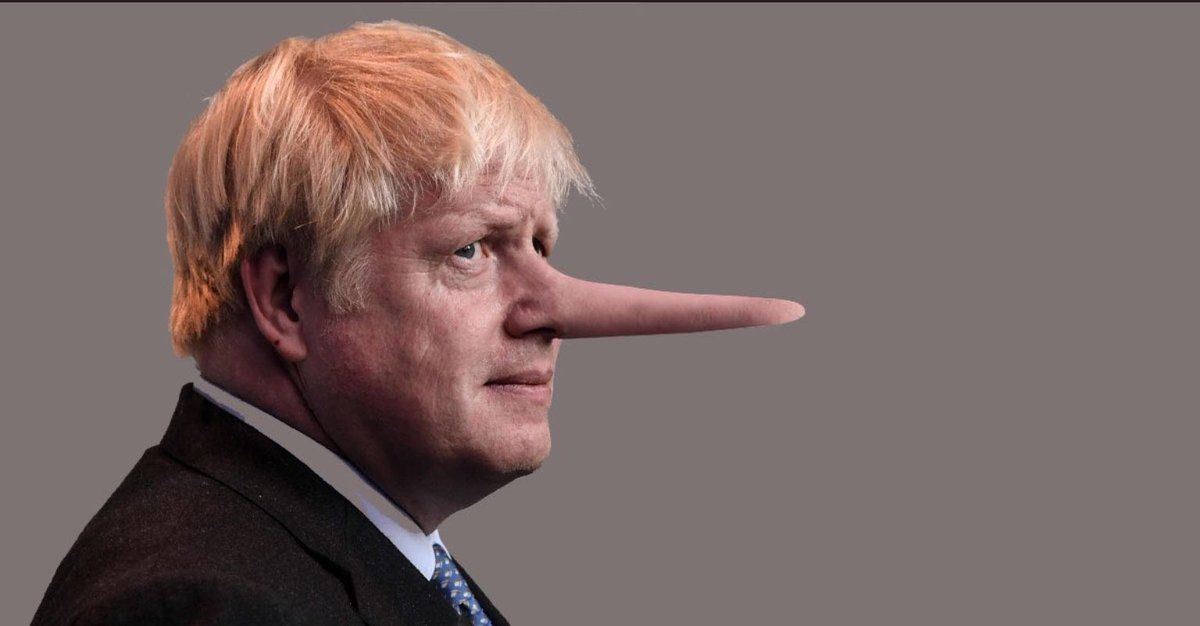 Listen to the article
0:00 / 0:00
Voice by MediaWorks
If the world needed further proof of how stupid the British public is, here's Boris Johnson apologizing, as usual, for once again committing a forbidden, wrong, despicable act. He apologises as if nothing happened, and continues to enjoy the pleasures, indulgences, and luxuries that taxpayers' money provides him, and the rest of his corrupted ministers, in return for leading the country astray again, and again, and again. In France this could not have happened. The public there are not such suckers!
Boris Johnson has apologised for appointing Chris Pincher to a government role after previously being told about complaints of misconduct against the MP.

The PM finally admitted that he had been told about the complaint, back in 2019, but had made a "bad mistake" by not acting on it.

Mr Pincher was suspended as a Tory MP last week over allegations of sexual misconduct.

The Tamworth MP has said he was seeking professional medical support and has denied previous allegations of misconduct. He has been contacted by the BBC for comment about the 2019 complaint, but is yet to respond.

The prime minister's handling of the row over Mr Pincher's appointment and what he knew about allegations against him has been criticised by both the opposition parties and Tory MPs.

In his resignation letter, Mr Sunak said the "public rightly expect government to be conducted properly, competently and seriously".

"I recognise this may be my last ministerial job, but I believe these standards are worth fighting for and that is why I am resigning," Mr Sunak wrote.

In his letter, Mr Javid said he could "no longer continue in good conscience" under the prime minister, who had lost his confidence.

Speaking to BBC political editor Chris Mason, Mr Johnson said he was "fed up with people saying things on my behalf" and wanted to set the record straight.

He said he was "aware back in 2019, of a specific allegation against Pincher that was resolved".

But in hindsight, Mr Johnson said, appointing Mr Pincher to the role of deputy chief chip in February this year "was the wrong thing to do".

"There is no place for anyone in this government who abuses power," Mr Johnson said.

He added: "I bitterly regret the decision not to... intervene."

He also did not deny jokingly referring to the MP as "Pincher by name Pincher by nature".

Number 10 said the PM was told about the 2019 complaint on Tuesday morning after its account was disputed by the former top civil servant at the Foreign Office, Simon McDonald.

In a strongly worded letter, Lord McDonald insisted the prime minister "was briefed in person" about an inquiry into the complaint against Mr Pincher in 2019.

Government minister Michael Ellis then told MPs the prime minister "did not immediately recall the conversation in late 2019 about this incident".

"As soon as he was reminded, the Number 10 press office corrected their public lines," Mr Ellis said.

Do not blame Johnson and his corrupt government for enjoying what the stupid public continues to give them. By continue to pay their taxes, the public continue to motivate them to keep doing wrong. If it pays, so much and so good, why not?
#Boris Johnson  #Johnson