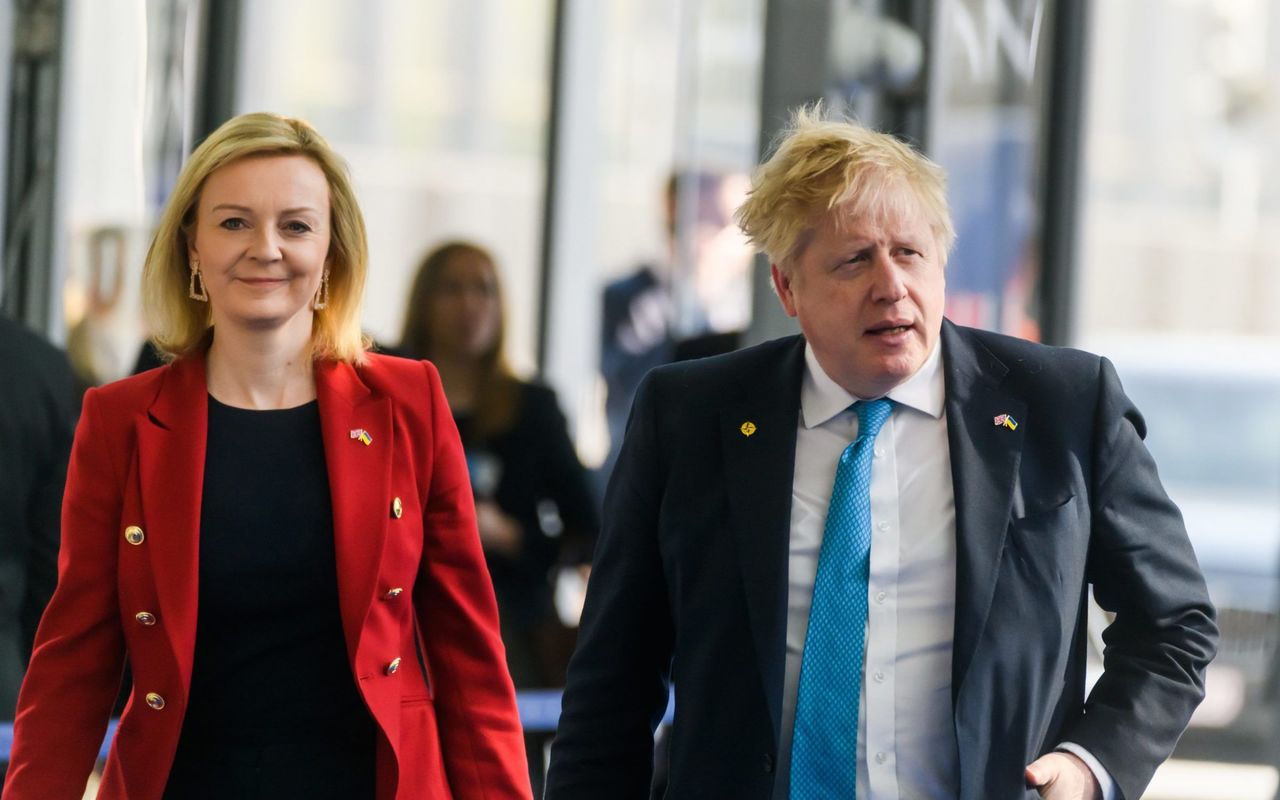 The pair also spoke on the telephone in the last week of July - when Mr Johnson was still prime minister, where they in effect discussed a job swap should she win the contest.

She suggested that he could return to the Foreign Office, where he had served from 2016 to 2018, to concentrate on the war in Ukraine.

But in the end, the pair decided such an arrangement would be too complicated, according to the book, The Fall of Boris Johnson.

Ms Truss and Mr Johnson also had breakfast in Mr Johnson’s Downing Street flat on July 29, where Ms Truss was surprised to find that his famous wallpaper was not actually gold.

Her allies said he gave her plenty of “good advice”, which was followed up by a later visit to Chequers with political thoughts on the campaign.

The book reveals that such invitations were not extended to Rishi Sunak, the current Prime Minister, whom Mr Johnson blamed for costing his job.

Both Mr Sunak and Ms Truss were asked repeatedly during the leadership campaign whether they would offer Mr Johnson a position in their government.

At one debate, Ms Truss said: “I very much suspect he would not want a future role in government, he needs a well-earned break.

Mr Sunak said: “The simple answer for me is no. We need to look forward at this point, we need to bring change that people need.”

Despite their discussions about a job offer, earlier this week Mr Johnson compared Ms Truss’s mini-Budget to a badly-played piano, in a reference to a Morecambe and Wise sketch.

Asked by CNN what he thought of his successor’s disastrous tax-cutting plans, the former prime minister originally tried to sidestep the issue - saying it was rude to criticise a British government abroad.

But then, in his first comments on the mini-Budget, he said: “It’s kind of like when I play the piano. The notes individually sound perfectly OK, but they’re not in the right order, or occurring at the right time.”

This reflected the famous 1971 sketch in which conductor Andre Previn criticised Eric Morecambe over his bad playing of Grieg’s Piano Concerto, prompting him to reply: “I’m playing all the right notes, but not necessarily in the right order.”

Mr Johnson also rejected suggestions he could return as prime minister, saying the chances were “impossibilia cubed or squared”.

“I then did become PM so my chances of becoming PM again I think are those impossibilia cubed or squared.”
#Boris Johnson  #Johnson