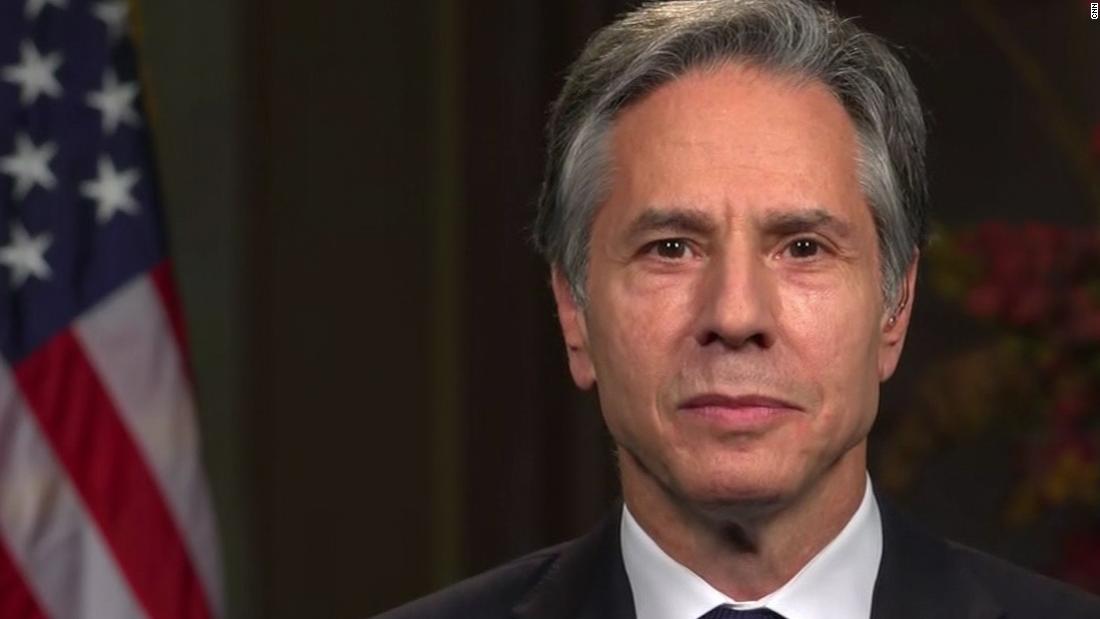 Secretary of State Antony Blinken announced that he has appointed two diplomats to lead efforts to address the anomalous health incidents known as Havana Syndrome that have affected diplomats, their families and other federal employees.

Jonathan Moore will serve as the new head of the State Department's health Incident Response taskforce, Blinken announced Friday. He also said that Ambassador Margaret Uyehara, a career foreign service office with three decades of experience, will serve as senior care coordinator for those affected by the mysterious attacks.

The announcement comes almost two months after the last person who held the coordinating post left the department, which led to some concern among lawmakers and diplomats about how much effort the department was putting into the ongoing problem.

Cases continue to rise worldwide, including a recent incident that sickened a senior member of CIA Director Bill Burns' staff while on a trip to India. The intelligence community has yet to reach a consensus on who is behind the incidents, more than 200 of which have been reported worldwide, according to Burns.

On Wednesday, Blinken emphasized the administration-wide effort to address the riddle of the mysterious attacks, which have struck US government staff at embassies from Asia to Latin America and prompted criticism from lawmakers and diplomats about the administration's response.

Blinken also announced a new partnership with Johns Hopkins University to get medical assistance to the diplomats and their family members impacted.

"If we want the State Department to be as strong as it can me, and the most effective advocate for our interests and values around the world we have to take care of the people who serve here," Blinken said.

The US government has not determined what or who is causing these incidents. Adam Schiff, chairman of the House Permanent Select Committee on Intelligence, said Wednesday that the US is "marginally closer" to figuring out the nature and cause of the mysterious attacks on diplomats and other US government workers known as "Havana Syndrome" and said he has "profound questions" about what is causing symptoms associated with the attacks.

"I would say that we are marginally closer," Schiff said in an interview at the Aspen Security Forum. "I don't feel that I have a lot more optimism than that. I think we're making progress. But it has been very slow and much slower than, certainly, I think any of us like to see. It's not for lack of effort."

Blinken, who has recently met with some diplomats affected by the mysterious illness, said that getting to the bottom of the incidents this an "urgent priority" for the Biden administration and the entire US government. "You cannot help but be personally affected when you hear directly from our folks," Blinken said.

In early October, President Joe Biden signed the bipartisan HAVANA Act -- or Helping American Victims Afflicted by Neurological Attacks Act -- into law. The legislation, which passed both the Senate and the House unanimously, commits the US government to boosting medical support for officials who have been affected by the strange incidents.

It also requires the CIA and the State Department to create regulations "detailing fair and equitable criteria for payment" to victims suffering from traumatic brain injuries and mandates reports to Congress about how the agencies are using their new funding authorities, including the number of employees and dependents who received payments.

But lawmakers remain concerned that the State Department has been slow to both respond to officials who have been sickened by Havana Syndrome and to share information with Congress, leading a bipartisan group of 18 members of Congress to write Blinken on Tuesday urging swifter action.

The lawmakers expressed concern that the department has been slow to "sustain high-level diplomatic engagement to deter this threat" and urged the secretary to "take immediate steps to begin to rectify these trends."

They called on the State Department to announce a top official to lead the department's response to the incidents, improve interagency coordination and information sharing to get State Department officials the best care, rapidly implementing the HAVANA Act and regularizing diplomatic engagement on the threat with allies and adversaries.

On Friday, Sen. Jeanne Shaheen, a New Hampshire Democrat who has championed victims of Havana Syndrome, said she welcomed Blinken's announcement as "a positive step forward for US personnel and their family members who for years have suffered from serious health effects due to directed energy attacks."

"While we cannot necessarily see their injuries, they are real and deserve the same attention and urgency as wounds that are visible," Shaheen said. "These individuals and their loved ones were injured while serving their nation -- the US owes them every resource to get well and stay healthy, which is why the responsibilities of the Senior Adviser to the Health Incident Response Task Force are so critical. I will do everything in my power to assist Ambassadors Jonathan Moore and Margaret Uyehara and ensure the concerns of those targeted are heard, that they receive timely and comprehensive care and that every measure is taken to uncover the causation of these attacks."

Blinken praised Moore and Uyehara for the experience they'll bring to their new roles.

"Jonathan brings decades of experience who are grappling with complex policy challenges," Blinken said, mentioning Moore's postings "around the globe from Bosnia to Libya" and his work on portfolios ranging from Russia policy to engagement with the United Nations.

Uyehara has "already gotten to work advocating for those affected, including assisting them with workers compensation and the benefits process," Blinken said. "She's compassionate, she's effective. We're grateful for her and her commitment to this vital issue."

In remarks, the two officials stressed that they would bring respect and compassion to their roles -- a seeming acknowledgment of complaints from those affected that their concerns were not being taken seriously.

"The most important element of this task is to provide respect, trust, support, information, and compassion to everyone -- foreign service, civil service, and family members affected by these incidents," Moore said.

"The Task Force and I believe in respect those who come forward and reporting incidents and will be relentless in our efforts to provide them the care that they need, just as we take measures to educate and protect our broader workforce," he said, noting that "every report will be taken seriously."

Uyehara emphasized that "nothing is more important than the safety and security of our personnel both overseas and domestically."

"We will continue to work tirelessly to provide the highest possible level of assistance and to ensure that those who are injured are treated with the empathy and compassion that they so richly deserve," she said.