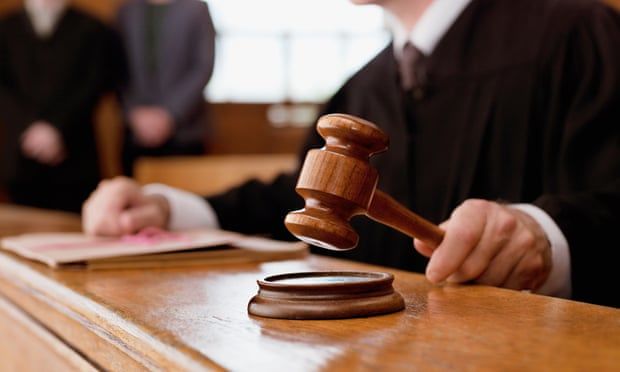 Bobby Paul Edwards, a white man serving 10 years in prison, must double restitution he pays to ex-employee John Christopher Smith
A former restaurant manager serving 10 years in prison for effectively enslaving a man, forcing him to work more than 100 hours a week without pay, must double the restitution he pays to his former employee – to more than half a million dollars, a court ruled.

Bobby Paul Edwards, a 56-year-old white man who ran a restaurant in Conway, South Carolina, has now been ordered to pay John Christopher Smith, a Black man with intellectual disabilities, $546,000.

A recent appellate court ruling declared that Smith should receive double the $273,000 he was initially awarded in restitution after being enslaved and physically abused for five years.

Edwards pleaded guilty to a forced labor charge in 2019, after failing to pay Smith any wages from 2009 to 2014 when he was working as a buffet cook, and was sentenced to 10 years.

“When an employer fails to pay those amounts (regular and overtime pay), the employee suffers losses, which includes the loss of the use of that money during the period of delay,” the court of appeals for the fourth circuit recently ruled.

Smith first began working at J&J Cafeteria when he was 12, the Post and Courier reported.

Edwards eventually took over the business from relatives in 2009 and forced Smith to work 100 hours a week with no days off.

Smith was kept from his family, called racial slurs, whipped with belts and kitchen pans, and burned with metal tongs that had been dipped in hot grease during what court documents called a “reign of terror”, the Washington Post reported.

“Most of the time I felt unsafe, like Bobby could kill me if he wanted,” Smith said, according to court records. “I wanted to get out of that place so bad but couldn’t think about how I could without being hurt.”

A woman named Geneane Caines had a daughter-in-law who worked at the restaurant and had knowledge of Edwards’ treatment of Smith. Caines reported the restaurant owner in 2014, NBC reported.

“For stealing his victim’s freedom and wages, Mr Edwards has earned every day of his sentence,” Sherri Lydon, US attorney for the district of South Carolina, said when Edwards was convicted.

“The US attorney’s office will not tolerate forced or exploitative labor in South Carolina, and we are grateful to the watchful citizen and our partners in law enforcement who put a stop to this particularly cruel violence.”