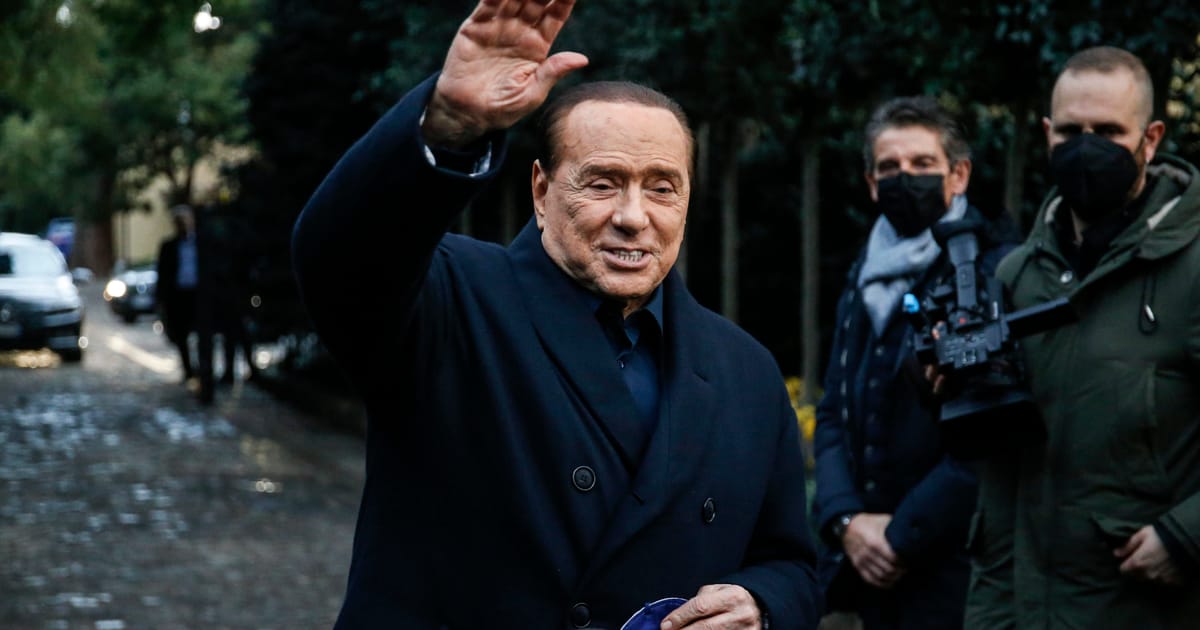 During a prime time Rai1 interview, the 85-year-old Forza Italia leader said Putin “was pushed by the Russian population, by his party, by his ministers to invent this special operation.” The plan, he said, was for Russian troops to enter “in a week to replace Zelenskyy’s government with a government of decent people.”

However, Berlusconi added, “the Russians found an unexpected and unpredictable resistance from the Ukrainian troops, who were then fed with weapons of all kinds.”

Berlusconi, a longtime friend of Putin, has struggled to stay on point when it came to the war in Ukraine. Two months after the invasion, in April, he said he was “disappointed and saddened” by Putin. A month later, he said that Europe should “try and get the Ukrainians to accept Putin’s requests.”

Russian influence on Italy’s domestic policies has been an issue of concern throughout the election campaign as a right-wing coalition, which includes Berlusconi’s Forza Italia, is likely to win a majority of seats on September 25.

Giorgia Meloni, the leader of the far-right Brothers of Italy party expected to lead the next government, presents herself as less sympathetic to Putin. She has described the Russian invasion of Ukraine as an “unacceptable large-scale act of war” and supports military aid for Ukraine.

But the third ally in the coalition, Lega’s Matteo Salvini, also has a history of being friendly to Putin’s Russia, although he has tried to recast himself as a champion of Ukrainian refugees.