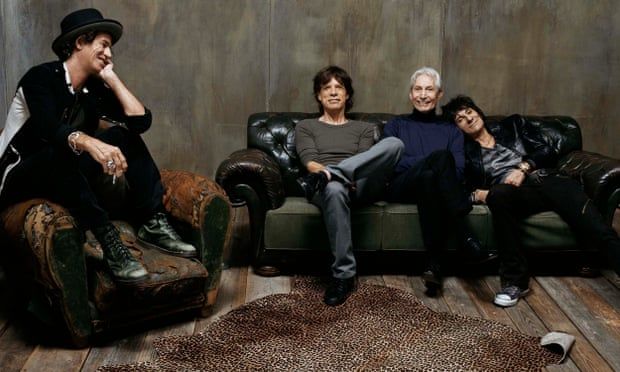 The series My Life as a Rolling Stone will feature an hour-long film on each member, including the late Charlie Watts
The BBC have announced a summer season of programming to mark the 60th anniversary of the Rolling Stones, including a series of new documentaries on each band member. My Life as a Rolling Stone will spend an hour on Mick Jagger, Keith Richards, Ronnie Wood and the late Charlie Watts. According to the BBC, the films use “unseen footage and exclusive stories from Mick Jagger, Keith Richards and Ronnie Wood interwoven with new and archive interviews and performance”, while the Watts film is told through his bandmates and peers. Rod Stewart, Tina Turner, Steven Tyler, Chrissie Hynde, Slash and PP Arnold are among those who have contributed to the films, which will air on BBC Two.

A new audio documentary, Rolling With the Stones, will air on Radio 2: a career-spanning retelling of the band’s story, drawing on hours of unheard archive interviews and interspersed with rare performance recordings.

The BBC iPlayer will host two archive films. 2012’s Crossfire Hurricane is a documentary featuring new interviews with the band overlaid on archive footage that retells their first 20 years, directed by Brett Morgen who went on to make the acclaimed Kurt Cobain: Montage of Heck. The Rolling Stones: Totally Stripped (1995) documents the making of their album Stripped, featuring acoustic versions of their own songs plus covers such as Bob Dylan’s Like a Rolling Stone, performed at more intimate venues than their usual stadium shows.

The Rolling Stones are preparing for a European tour this summer, pressing on following the death of Watts in August 2021, with Steve Jordan now on the drummer’s stool. In the UK, they will play Liverpool’s Anfield Stadium on 9 June and two dates in London’s Hyde Park (25 June and 3 July). The band also intend to work with Jordan to complete their first album of new material since 2005’s A Bigger Bang, following the release of a single from the project, Living in a Ghost Town, in April 2020. “We do have a lot of stuff of Charlie Watts still in the can,” Richards said earlier this month. “We were halfway through making an album when he died … Of course, if we want to carry on recording, we’re gonna need drums, and it’s gonna be Steve Jordan.”