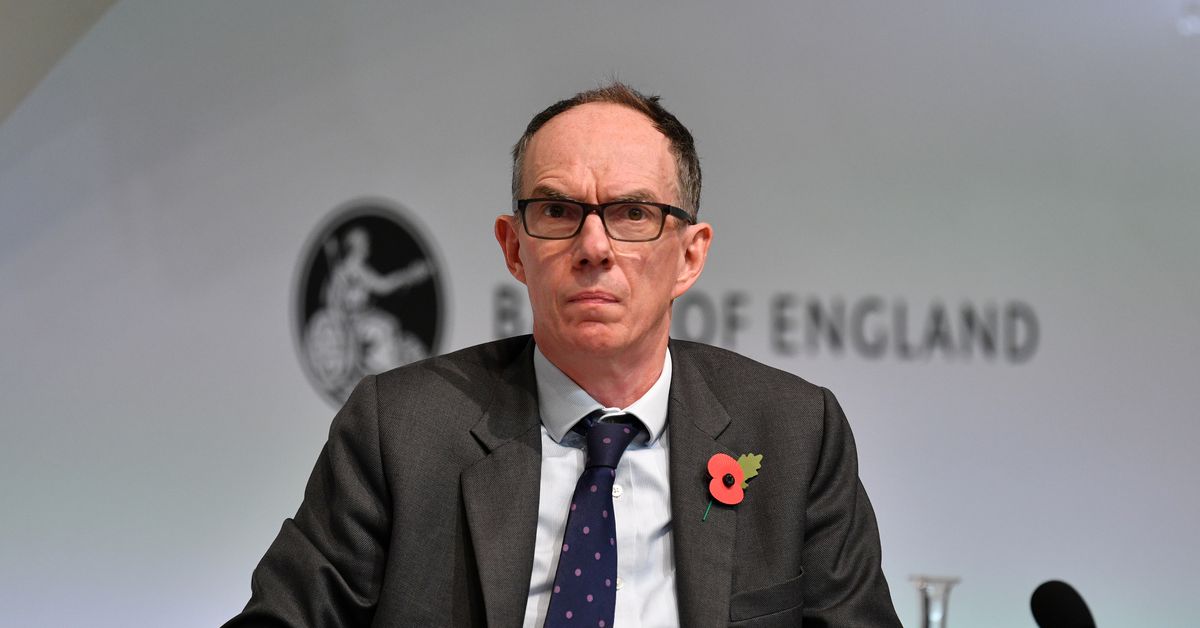 Bank of England won't let inflation get out of control, Ramsden says

Bank of England Deputy Governor Dave Ramsden said interest rates were very likely to have to go up further to stop a repeat of the persistently high inflation that beset Britain in previous decades.
"We will have to respond to whatever happens but we want people to understand that we're not going to let high inflation to become sustained and get out of control like it did in the '70s and '80s," Ramsden said in an interview with BusinessLive.

Rates are "very likely to have to go up further", he said in an interview.

British government bond futures briefly fell to a day's low on the comments from Ramsden, who has in the past been on the hawkish end of the BoE's Monetary Policy Committee.

The BoE has raised rates five times since December as it tries to stop the surge in inflation from becoming embedded in Britain's economy, and it is expected to increase them again at its August monetary policy meeting.

Investors on Thursday were pricing a roughly 83% chance of the BoE announcing a rare half-percentage point hike on Aug. 4.

It said in June that it was ready to act "forcefully" if needed.

Ramsden repeated the BoE's latest forecast that annual inflation - which reached 9.1% in May - will peak later this year at around 11%, or the highest rate since the early 1980s.

"That does mean times are going to continue to be really tough," he said.