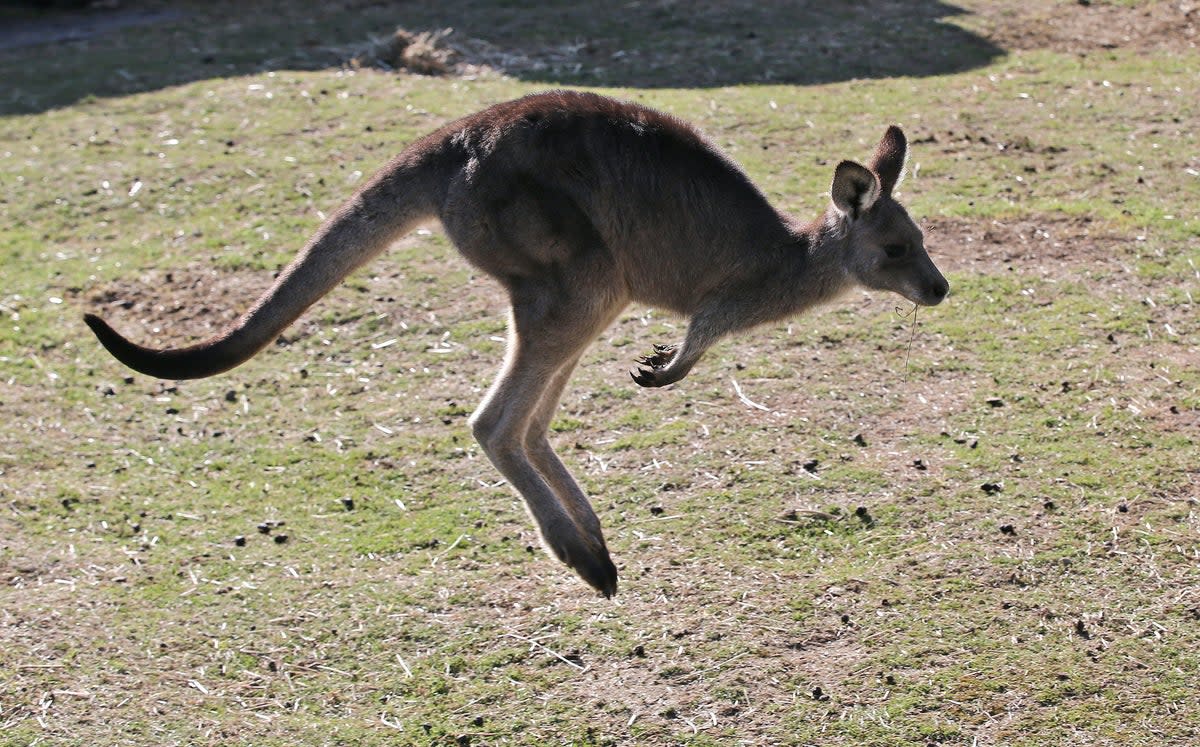 A man who may have been keeping a wild kangaroo as a pet was killed by the animal in southwest Australia, police said Tuesday. It was reportedly the first fatal attack by a kangaroo in Australia since 1936.
A relative found the 77-year-old man with “serious injuries” on his property Sunday in semirural Redmond, 400 kilometers (250 miles) southeast of the Western Australia state capital Perth.

It was believed he had been attacked earlier in the day by the kangaroo, which police shot dead because it was preventing paramedics from reaching the injured man, police said.

“The kangaroo was posing an ongoing threat to emergency responders," the statement said.

The man died at the scene. Police are preparing a report for a coroner who will record an official cause to death.

Police believe the victim had been keeping the wild kangaroo as a pet. There are legal restrictions on keeping Australian native fauna as pets.

Western gray kangaroos are common in Australia’s southwest. They can weigh up to 54 kilograms (119 pounds) and stand 1.3 meters (4 feet 3 inches) tall.

The males can be aggressive and fight people with the same techniques as they use with each other. They use their short upper limbs to grapple with their opponent, use their muscular tails to take their body weight, then lash out with both their powerful clawed hind legs.

In 1936, William Cruickshank, 38, died in a hospital in Hillston in New South Wales state on the Australian east coast months after he'd been attacked by a kangaroo.

Cruickshank suffered extensive head injuries including a broken jaw as he attempted to rescue his two dogs from a large kangaroo, The Sydney Morning Herald newspaper reported at the time.