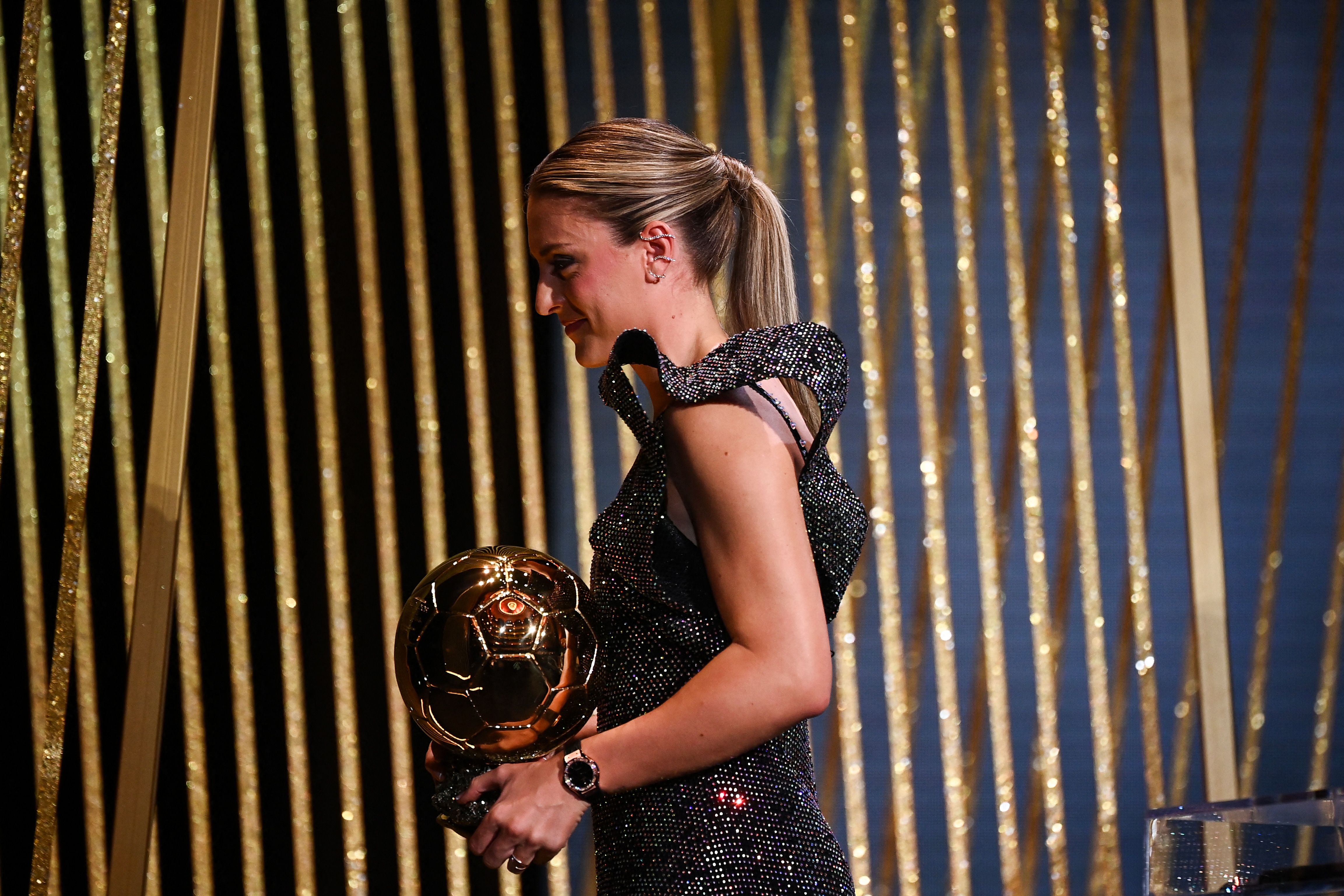 The 28-year-old Putellas saw off stiff competition, notably from three stars of the England team that won the European Championship, to take the award following a campaign which also saw Barcelona win a domestic league and cup double.

The prize, awarded at a star-studded ceremony at the Chatelet Theatre in central Paris, is a consolation for Putellas who is currently recovering from a serious knee injury.

The injury saw her miss the Euro in England in July and means she is unlikely to play at all this season.

"It makes me even more annoyed to be injured, but I am very happy to be here," Putellas said.

"To retain the trophy is much harder. When I injured my knee I thought my chances of winning it had gone but in the end the jury based their decision on the whole of last season, of which I only missed one month."

Putellas scored 11 goals in the Champions League last season as holders Barcelona reached the final but lost to Lyon.

It is just the fourth time that a women's Ballon d'Or has been awarded, with Norway's Ada Hegerberg winning the inaugural prize in 2018 before United States superstar Megan Rapinoe succeeded her in 2019.

Putellas had already won the UEFA player of the year prize in August.

While Karim Benzema of Real Madrid is the overwhelming favourite to win the men's prize later, the identity of the women's winner appeared far less certain.

Beth Mead had been a leading contender after scoring six goals for England on their run to Euro glory on home soil, their first major tournament victory.

Her England teammates Lucy Bronze and Millie Bright had also been nominated, as had Hegerberg, who helped Lyon beat Barcelona in the Champions League final.