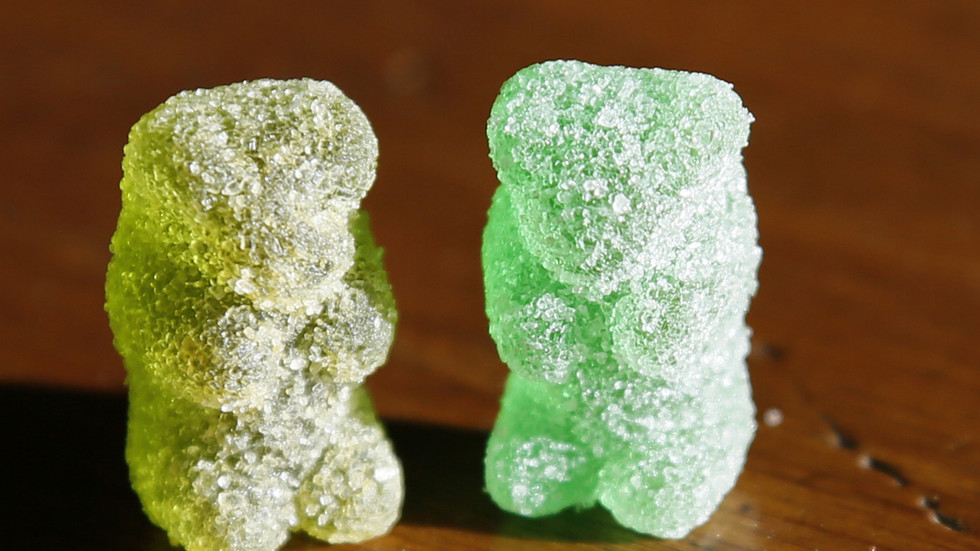 Surrey police have urged parents to keep an eye on what their children eat, after four youngsters who snacked on sweets suspected of containing cannabis were taken to hospital.
An ambulance was called after the group of children began “vomiting uncontrollably and falling in and out of consciousness” on a street in Epsom. They were transported to hospital where they were kept overnight for observation. A fourth child, a 12-year-old boy, was also taken to hospital by his family as a precaution because he is also believed to have snacked on the drug-laced sweets.

It’s still unclear what kind of ‘edible’ the children consumed, but a similar incident from the previous night in the area involved “jelly apple rings.” The individual who ate the “rings” was not as adversely affected as the children, however. The children may have been given the gummies at a local park, Surrey police said.

“We are, of course, trying to understand what these sweets are, where they came from and what they contain. However, our immediate priority is to warn parents; and to tell children in the area not to be tempted to try them as they are obviously causing substantial harm,” Detective Sergeant Lee Marks said in a statement. The officer added that cannabis-infused products may have “professional packaging” but that people should understand that they are still illegal and unregulated in the UK.

Anyone with information about the illicit sweets has been urged to contact authorities.

The incident occurred a month after 13 young people in Camden were rushed to hospital after eating cannabis-laced sweets. The episode led to authorities issuing an “edibles alert” in the surrounding area. The Met also urged parents to monitor food packaging and wrappers in order to keep their children away from anything that might contain cannabis.